Knees over toes when squatting? 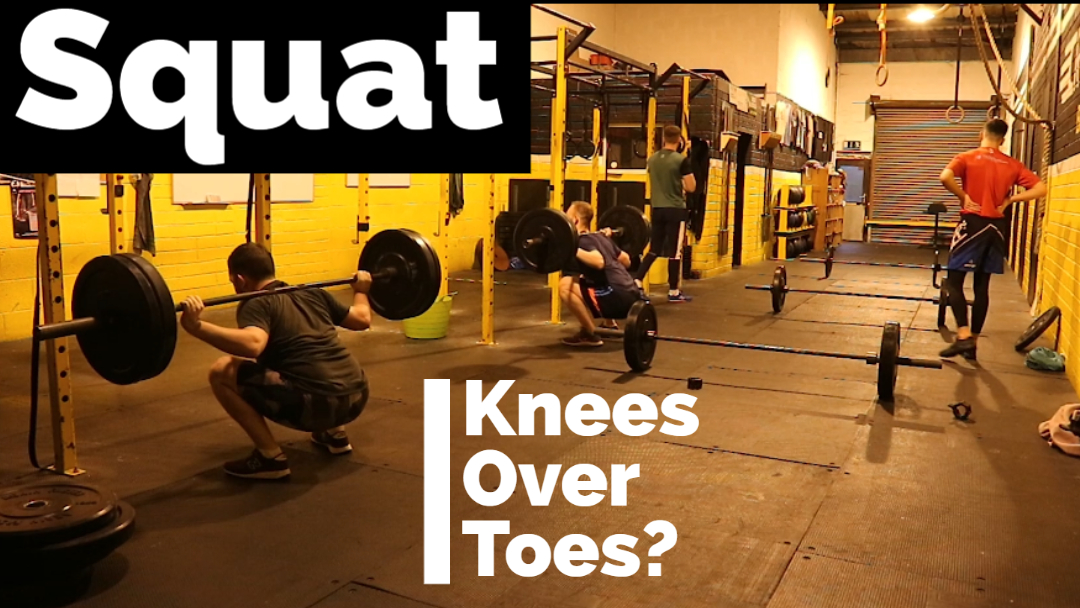 “Don’t let your knees go over your toes”, and “keep your knees behind your toes” are cues you may have heard before.

When asked why the person giving the cue may say it is safer for your knees; they’re not wrong, when the knees move forward during the squat the force placed on your knees does increase.

So, do we allow our knees to go over our toes or not?

Fry et al, 2003 performed a study on this exact question “Effect of Knee Position on Hip and Knee Torques During the Barbell Squat”.

As you can see, there is less force on the knee when kept behind the toes however at the expense of significant forces at the hip/back. As such it’s a poor trade-off to slightly reduce knee forces while significantly increasing hip/back forces.

When restricted (B) knee-at-toe, there is much more forward lean to compensate for the restriction at the knee/ankles. This places a significant amount of shearing force at the hip joint and lumbar spine.

The squat is a multi-joint movement and exercise technique should consider all joints in the movement, not a single joint in isolation.

To quote the study:

“While it is critical to protect the knees from unnecessary forces, it is also important to avoid unnecessary forces acting at the hips. These hip forces will ultimately be transferred through the lower back and therefore must be carefully applied. The net result is that proper lifting technique must create the most optimal kinetic environment for all the joints involved”

Knees over toes is expected during descent and can optimise forces at all joints involved.

We use cookies on our website to give you the most relevant experience by remembering your preferences and repeat visits. By clicking “Accept All”, you consent to the use of ALL the cookies. However, you may visit "Cookie Settings" to provide a controlled consent.
Cookie SettingsAccept All
Manage consent

This website uses cookies to improve your experience while you navigate through the website. Out of these, the cookies that are categorized as necessary are stored on your browser as they are essential for the working of basic functionalities of the website. We also use third-party cookies that help us analyze and understand how you use this website. These cookies will be stored in your browser only with your consent. You also have the option to opt-out of these cookies. But opting out of some of these cookies may affect your browsing experience.
Necessary Always Enabled
Necessary cookies are absolutely essential for the website to function properly. These cookies ensure basic functionalities and security features of the website, anonymously.
Functional
Functional cookies help to perform certain functionalities like sharing the content of the website on social media platforms, collect feedbacks, and other third-party features.
Performance
Performance cookies are used to understand and analyze the key performance indexes of the website which helps in delivering a better user experience for the visitors.
Analytics
Analytical cookies are used to understand how visitors interact with the website. These cookies help provide information on metrics the number of visitors, bounce rate, traffic source, etc.
Advertisement
Advertisement cookies are used to provide visitors with relevant ads and marketing campaigns. These cookies track visitors across websites and collect information to provide customized ads.
Others
Other uncategorized cookies are those that are being analyzed and have not been classified into a category as yet.
SAVE & ACCEPT